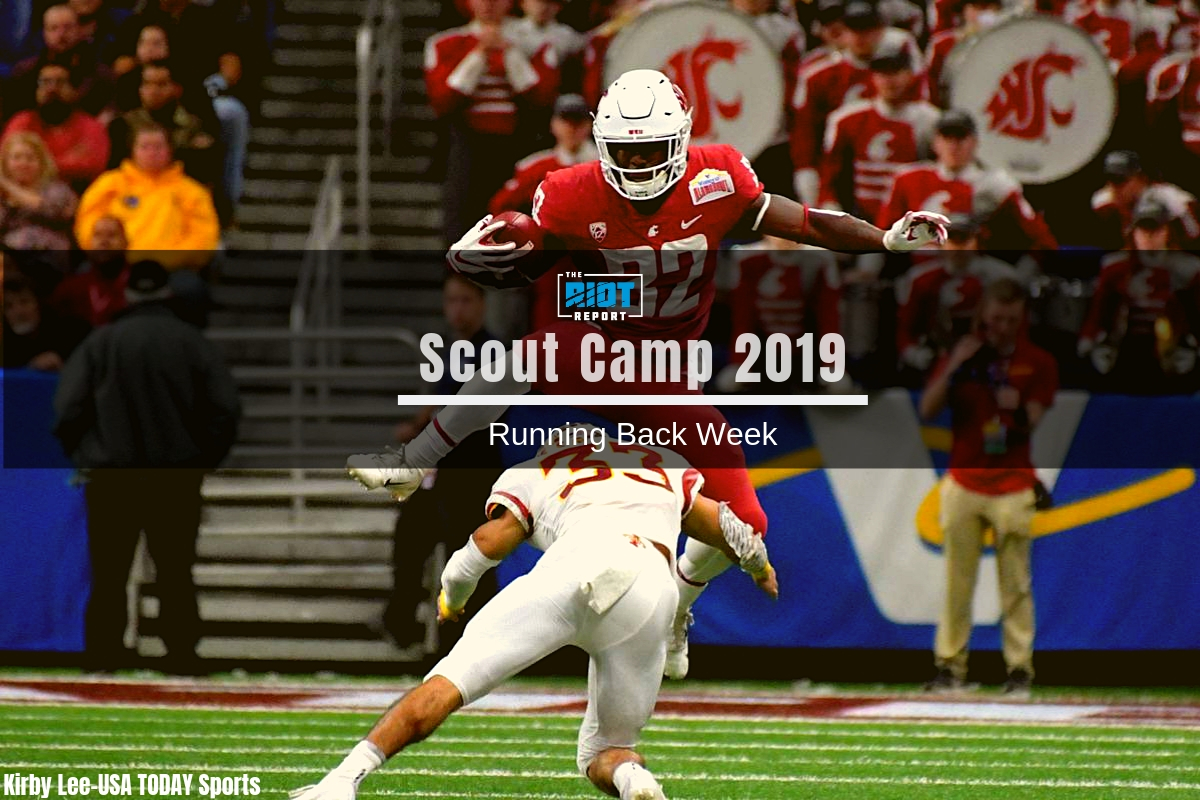 The Panthers running back depth chart behind Christian McCaffrey doesn’t make for particularly enjoyable reading, with the only two others on the roster at the time of writing being Elijah Hood and Reggie Bonnafon; while neither of these players are notably bad, there is a reason that in their three combined seasons in the NFL, neither has a career carry and have only one game jersey between the two of them.

Marty Hurney said this week that they were “maybe 40, 50 percent through this process” – so it’s clear the Panthers will be adding some more players that will contribute in the 2019 season; whether that’s through the draft or free agency, expect another running back on the Panthers’ roster before the end of April. In addition to our written articles this week, including a look at my #1 running back Damien Harris, have a listen to our podcast in which Dan Kreso and I talk through my entire Big Board and who we think would make the most sense on the Panthers in 2019.

The Panthers could go in many directions should they look to find a running back to pair with McCaffrey – while this running back class is quite thin in terms of top-tier talent, what it does posses is a number of specialists.

In this regard, unless the Panthers are able to secure one of the two top backs in the class, they are likely going to be forced to choose between somebody who’s skillset complements McCaffrey’s or somebody who is able to replicate at least part of what McCaffrey offers a team. If they chose to go down the latter path and look to find a like-for-like running back, then their best bet is, in my opinion, James Williams from Washington State.

Washington isn’t an elite NFL athlete, but he’s a pretty good one, with speed to separate vertically against linebackers:

The burst to get into the second level in a hurry:

And, crucially, the balance to recover from contact going through the line:

And to stay on his feet through arm tackles:

As a smaller running back, this is what allows him to break tackles and gain yards after contact without having to truck linebackers. It might not happen all the time, but by giving himself a change to keep plays alive past contact and force extra tacklers to engage, you occasionally get plays like this:

Oh yeah, and he can do this:

In short, Williams isn’t going to be the most athletic running back in the NFL, but he has a good combination of quickness, balance and agility that should allow him to be effective, in that regard at least, in the NFL.

Up Next: The Vision